I noticed that there haven’t been a lot of theories that explain why the character models for GLaDOS are different between the two games.

My theory started when I read this paragraph on the Half-Life Wiki article for Chell:

“Despite GLaDOS’ apparent destruction, only a part of her was destroyed. GLaDOS reactivates a room full of Personality Cores and re-captures Aperture Laboratories, filing a letter to Chell, informing her that she is still alive and “not even angry” about Chell’s actions- but not before extinguishing a candle on the cake, which was not a lie after all.”

It made me think: What if after GLaDOS promised the scientists that She’d behave, they decided to build her a more permanent body (the one from the first game seems not only severely restricted, but very prototype-ish). However, in classic Aperture fashion, they decided to only let Her personality and consciousness move to the new body, while restricting the rest of Her to the old body to run the main systems, maintain Her core functions, and continue to add cores to keep Her under control. This would have given Her the ability to have Her own “space”, while still ensuring that She wouldn’t kill them all. A possible side effect of this would be that She could “port” Herself back and forth between the two.

Now, with a desire to do science, in mental anguish from being put into a computer, and wanting revenge on the scientists for putting Her into a machine to begin with, She hatched the Bring-Your-Daughter-to-Work Day plan. This managed to kill nearly everyone, excluding Doug Rattmann and Test Subjects in Relaxation Vaults. The scientists who did survive were forced into compulsory testing until they all eventually died. At the same time, GLaDOS spent ample time trying to eradicate Rattmann. These events would allow time for all of the bodies of the deceased to be taken care of (I’d imagine that, with a place as big as Aperture, one of the nanobot’s duties would be some form of automated cleaning system).

Having Rattmann running around behind Her back wasn’t something that GLaDOS was too happy about, and She did spend quite a lot of time trying to kill him. Eventually, Rattmann had the idea to go and move Chell to the top of the Testing Queue, knowing that her stubbornness and tenacity would be the perfect thing to take GLaDOS down.

It’s unknown why, but eventually GLaDOS shifts her focus from Rattmann to testing with actual Test Subjects. Pulling Chell out of Cryo-Sleep, the events of the first game take place with Rattmann watching and waiting behind the scenes. The first game progresses, and Chell eventually sets out to destroy GLaDOS. When She realizes this, GLaDOS begins leading Chell to the old chassis. Knowing that the old chassis’ defenses were minimal, she counted on Chell destroying it. Doing this would allow GLaDOS full, unrestricted access to the entire Facility, which was what She has been wanting all along (this idea is supported by GLaDOS’ lack of surprise in the line she says when the player steps into the AI Chamber: “Well, you found me. Congratulations.” Also, GLaDOS uses a bit of reverse-psychology to convince Chell to destroy the Morality Core).

However, after Chell destroys the rest of the cores in the boss fight, it somehow severs Her connection with the newer chassis and causes a Superportal to form above the old chassis at the exact same time. The mainframe must have sensed the failing hardware and, in an attempt to save as much as possible, initiated a core dump. This managed to save GLaDOS, but with the connections severed, the system was unable to reboot Her because no suitable hardware registered in the system.

The Superportal teleported Chell and GLaDOS’ old body outside of Aperture and into the Employee Parking Lot (which was empty because of looting/scavenging due to the events of Half-Life), and the Party Escort Bot retrieves Chell and puts her in Extended Relaxation. Rattmann witnesses her being taken back in, and returns to try and save her. Being unable to get her out of Extended Relaxation, and with the Main Life Support Grid blown, he is forced to run through a Test Chamber to get to the Reserve Controls. Unfortunately, he gets shot by Turrets in the process. Although he was successful in patching Chell’s room into the Reserve Grid, it is unclear if he survived or not. However, evidence exists that he did (see my note at the end of this theory).

On the other end, an automated system activates the other cores to run the systems that needed to be ran, while GLaDOS files a log in the system about Chell (“Still Alive”) before getting stuck in the loop that made Her re-live those last moments over and over again.

Now, years pass away (more than 50,000 according to Valve writers, but I call BS on that. The History Channel documentary Life After People showed that the level of decay seen at the beginning of Portal 2 happens within 50-100 years of no human interaction or robotic maintenance). One by one the Administrative Cores fall into disrepair, malfunction, or are incapacitated through other means. Because the Facility was running on the bare minimum back-up systems, I’d imagine that the Cleaning System and the Repair System were not very high priorities to maintain.

Slowly, the Facility falls apart. Eventually, Wheatley (probably put into the system as a replacement for a better-functioning core) comes and wakes up Chell, thus starting Portal 2’s events. Soon, they reach Her chamber. The new chassis had fallen into disrepair and much of the chamber is overgrown or has fallen apart, including the vast ceiling above. However, it is clearly different from the first game’s model, and seems to be in a different part of the Facility than the one in Portal 1.

Shortly after arriving, Chell and Wheatley accidentally turn the entire Facility back on by flipping all of the breakers in the Main Breaker Room, initiating a full system power-up. Because only 50-100 years have realistically passed, the majority of the electronics and computers are still in a functioning state. The entire Facility gets restarted, and the mainframe’s protocol automatically reconnects all available systems and hardware, including the newer chassis.

The “Black Box” memory module that GLaDOS has been stuck in for who-knows-how-long has been doing two things over the years: Keeping the files active and “alive” by looping the last two minutes of GLaDOS’ life and scanning the mainframe for suitable hardware so it could reboot Her. Now, years later, as the Facility reconnects all the systems it has, that module finally finds the suitable hardware it had been looking for. GLaDOS gets put back in the newer chassis, along with countless years of built-up anger towards Chell, and the second game progresses.

Some of the lines in “Still Alive” are something to consider as well:

The Co-Op DLC also confirms the existence of at least one prototype chassis. However, instead of having a core plugged into the DOS Mainframe, it was a computer and keyboard. It would make sense that, when the scientists finally put the Genetic Lifeform part into the Disc Operating System to create GLaDOS, the first iteration of Her existence was never meant to be more than a prototype. Even having a different chassis design in Portal 2 suggests that. The only reason why it took so long for them to put Her in the “Final Form”, was the fact that She was trying to kill them!

I hope that I haven’t bored you to death, but after initially coming up with the idea I kept finding evidence to support it! Thanks for taking the time to absorb all of this!

Someone had to put the Portal Gun there, because the panels weren’t broken before GLaDOS was defeated in Portal 1 and Rattmann isn’t shown doing it before he goes into the pod. Logically, he would’ve been the only one interested in doing it, and the Portal Gun is there, so the conclusion can be drawn that he at least survived his wounds from Lab Rat, got out of the pod, and put the portal gun where he hoped Chell would find it in the future! While nothing confirms that he eventually escaped Aperture, I personally believe he did and is alive somewhere on the surface, living in the post-apocalyptic Half-Life world.

2 thoughts on “The Chassis Theory” 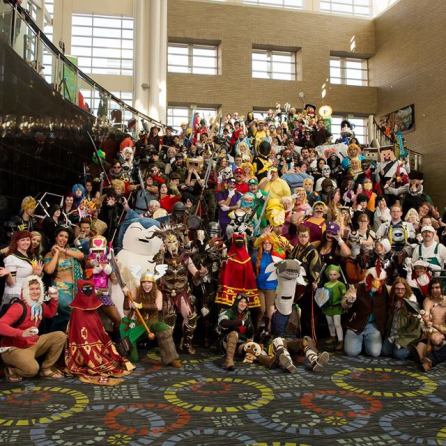 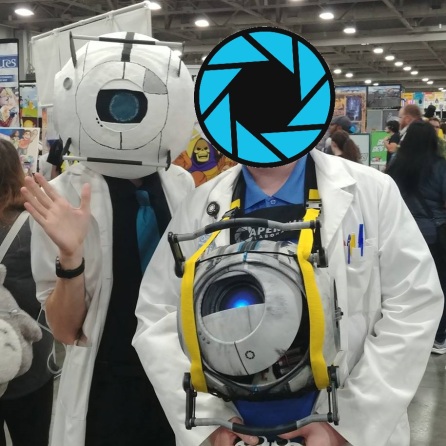 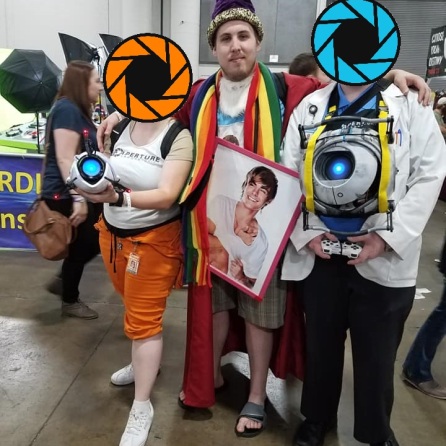 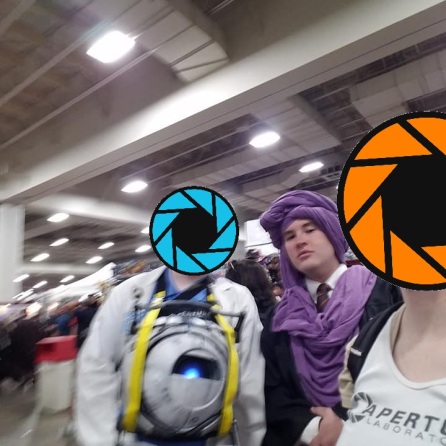 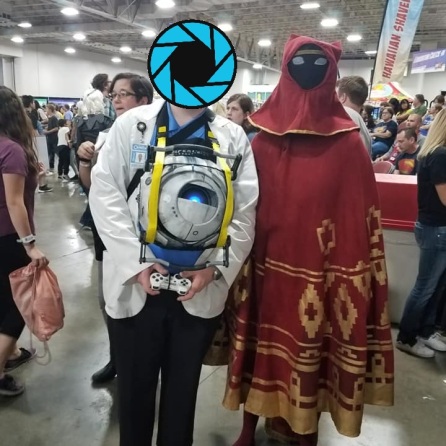 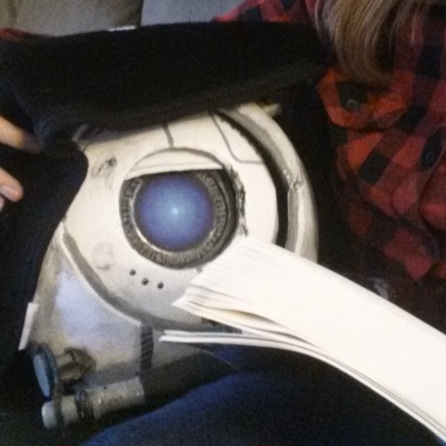 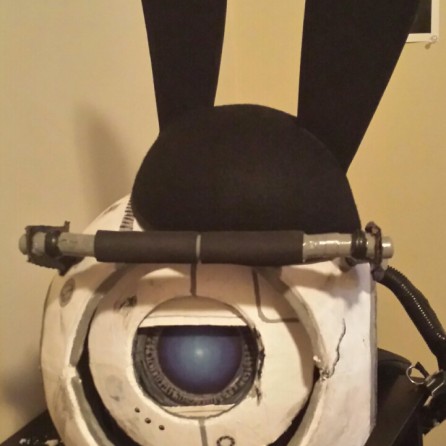 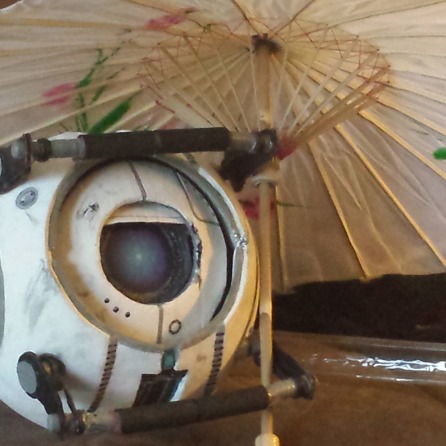 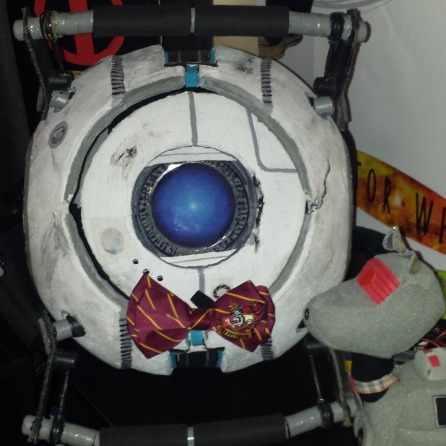 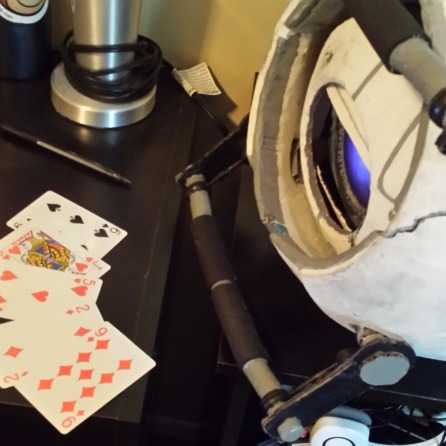 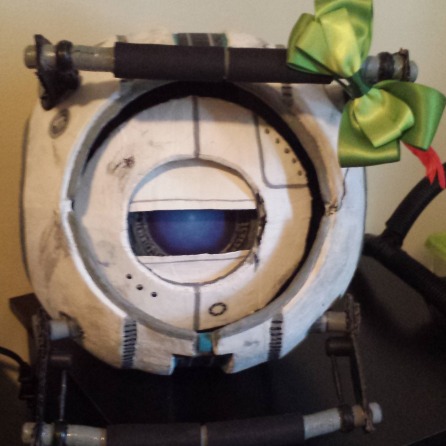 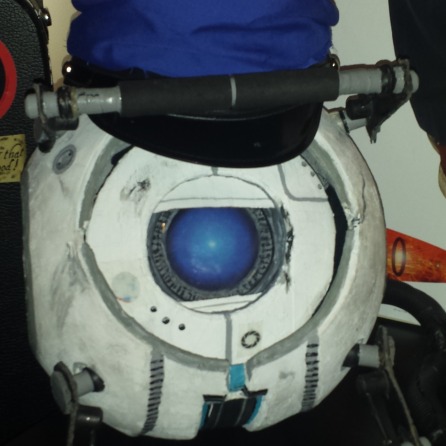 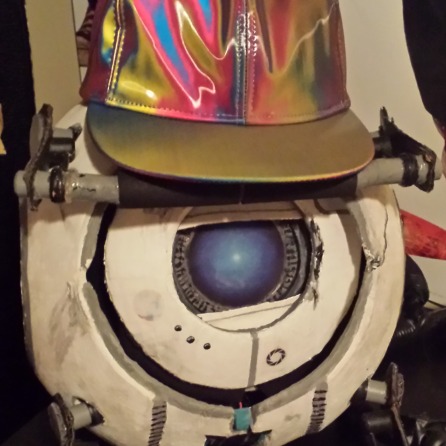 Everything else attributed to Luke Albertson: